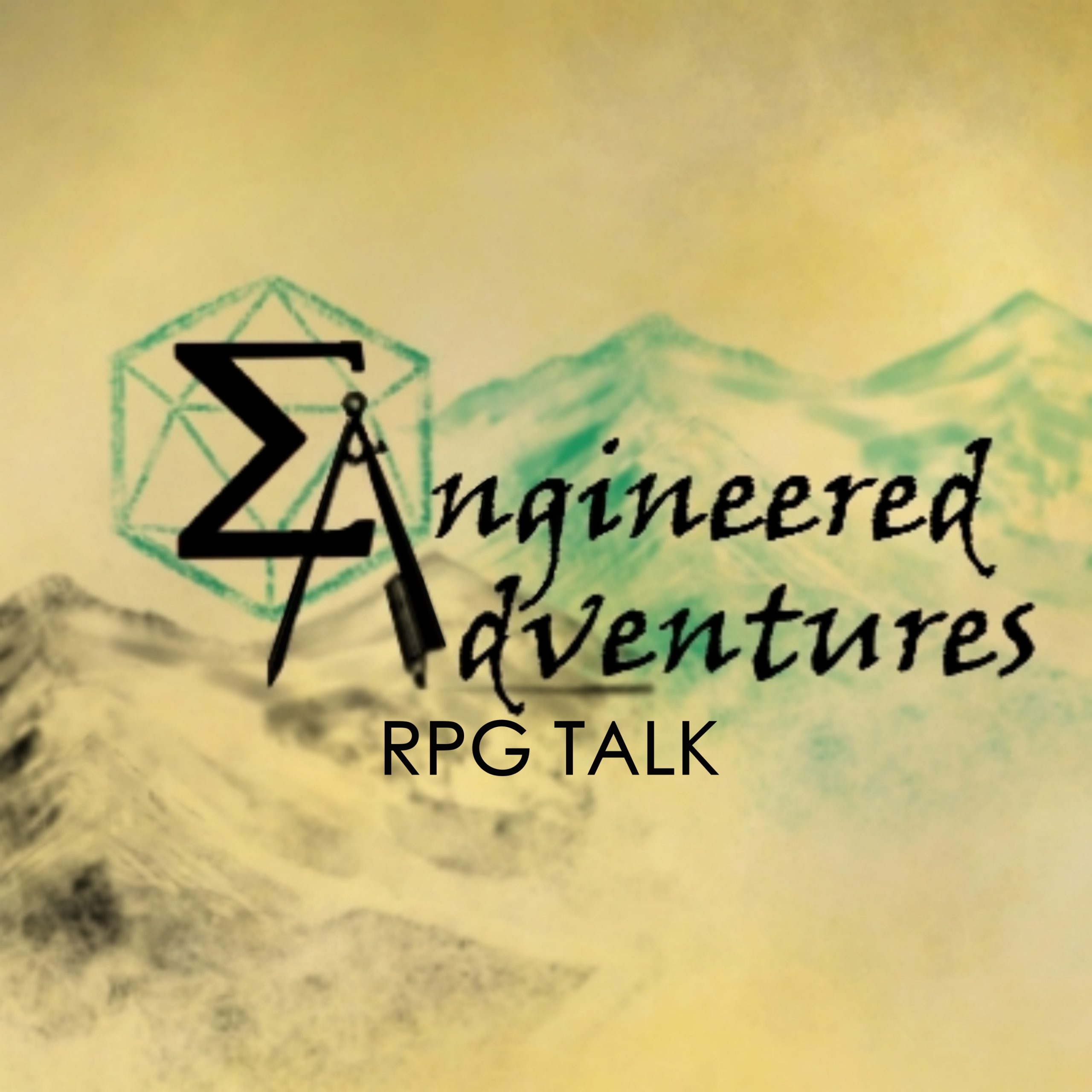 Get my Session Prep Sheet

A few years ago, I was running 2 full time, long running campaigns, and I would spend evenings just pulling together pages of notes for each session. I was spending so much time.

And you know what’s worse?

It wasn’t really helping my games at the table.
I had tons of notes, but they only got in the way during play. I knew I had notes on where the players were at, I just couldn’t find it in the huge stack I brought with me to the table.

I needed to get better at prep.
I didn’t have the time to spend hours prepping, especially when I was just getting diminishing returns.

I started doing research and went back to the drawing board. I took inspiration from The Angry GM, the Alexandrian, and “5 Room Dungeons” and combined it with what I was doing. I needed to focus in on the things that really mattered and double down on that in my prep.

I wanted a 1 page template. It would be structured to be easy to sit down and get just what I needed. Keeping it one page will prevent clutter at the table. Everything specific would be there. I started with a slick “Fill-in-the-blank” worksheet like they had in school. It was simple. All I would have to do is fill in the blanks before the session and I would be ready for anything.

I quickly realized the structure was too confining. I didn’t have room for improv or creativity. Sure I had all the sensory details and NPC names I couldn’t ever remember, but the game was so much more rigid. I didn’t have enough stuff prepared to keep things flowing and moving.

After a few weeks I went back to the drawing board.

What do I really need to be ready?

I went back to the drawing board again.
I liked the one page template. It needed to be less restrictive though. I liked the easy access to sensory and character details, but I needed it to fill up less space. I wanted to chart out the scenes the characters would see during the next session. I didn’t want to over prep, but I also wanted to be sure I was ready for the crazy twists and turns the players would explore.

As my sheet went through many playtests, these are the 5 components I found critical to effective prep.

This template worked so well.

My games got better, engagement was up, and there were more amazing moments at the table. This template really set us up for success at the table. I was excited to prep again. I loved playing even more. Plus, the template helped me discover key principles that make a better game. Those 5 points above, not only make an amazing prep template, they also create really epic games.

1. Use Campaign Length to your Advantage

Think of your full adventure as a long rope. Both ends are tied down, but there’s a lot of slack in between. At the start of the rope you have the story’s beginning, while the end is the adventure’s conclusion.

Beginning of the Rope

There’s not a lot of context at the beginning, so there’s not much you can really do. Characters are fresh, options are limited, and the story is just starting to develop. There’s not a ton of narrative weight to your actions yet since everything is still just trying to find its footing.

As characters play in the story, choices are made, the world builds, and the story develops, adding weight and context to the world. Think of it like traveling down the rope. The farther you are from the beginning, the more slack you have to move around. Plus, there’s more weight of the rope behind you as you progress, increasing the context and weight of your choices.

The End of the Rope

The end of the rope represents the end goal of the story. It’s the climax that everything is driving toward. At the beginning of the adventure, that end goal may not be distinctly staked down. As time progresses, though, the end becomes more clear. And it’s not railroading either, not really.

The further your characters progress, the more weight they have in the world, and their influence starts making larger waves. Eventually they will start going after a goal they really want, and will have the means to do so. The antagonist too, is working to go after a goal, and will probably accomplish it if there’s no interference.

Eventually, both sides start to converge, as they’re both going toward mutually exclusive goals, with the world warping around it. The closer you get to the end, the more the goal pulls the story toward its conclusion.

Impact of Both Sides

The closer your session is toward either side, the more impact it has on your story. If you’re toward the beginning, the developing components limit your actions. As you reach toward the end, player influence is strong, backed by the context of the story, but meaningful choices are limited by the pull of the climactic goal.

Where you’re at on the rope tells you how much slack you have in your story, and how much influence the characters have on the world.

What happens if the rope is short?

2. Prep to Fit the Session Length

No one likes a filler episode. So many weeknights were ruined by episodes of my favorite show not giving me progress and resolution. It’s about pacing.

Your time at the table is precious. The act of getting so many together in one place to tell stories is a monumental task. Don’t waste it. Every moment is precious, you don’t want to spend it on a filler episode.

When you prep, make sure you have just enough content to fill the length of your session, and maybe a bit more, so you can fill the session. I’m talking about real play time, not counting all the pre talk and other pre-session stuff. As you work with your group, you’ll get better at figuring out what that time actually looks like.

On the other hand, make sure your session is satisfying enough that it can sit on its own. Don’t spend the whole time traveling to the temple if the traveling is a bunch of inconsequential random encounters. You don’t want to have so much content that you aren’t able to bring good narrative storytelling to your sessions. An intentional beginning, middle, AND end are crucial for making sure your session feels like a real session, and not a filler slog-fest.

The Alexandrian talks about prepping scenarios and situations instead of props. This is great advice. The plot is what happens when your prep clashes with your players great ideas. You don’t prep that. Instead, you create space for that narrative improvisation by structuring the scenarios your players will explore.

A good scenario has a dramatic question, opposition, and consequences. The dramatic question drives the story by helping you know what the players are trying to accomplish in a scene. You put obstacles in the way in the form of antagonists, environmental effects, and enemies. As they play through the scenarios, dress it up with interesting details, and engaging interactables to bring it to life.

Every scenario gets put on a blank section on my page. I start with a wide circle for each scenario, then fill out the important details (from above) in a “Mind Map Key” at the bottom. From there, I’m free to write down the possibilities and options that could happen during the scene in my mind map. Once I have a good feel for the scenarios that’ll fit in the session, I start branching out and seeing how the different scenarios could be connected.

Essentially, I’m trying to predict what’ll happen, and prepping for how they will engage in, around, and through each scenario.

This is where I prep for the improv at the table without driving them down a railroad. I explore what each scenario could look like without them. Then I pull on the growing context from the characters and the world and the story. I mash it together in my mind map and start figuring some of the paths that could happen. I start figuring out how the players will get from scenario to scenario.

Then I stop and look at the map.

It takes some practice to get a feel for it, but there’s been nothing more effective for me than doing this in my prep.

4. Make Details Easy to Use

Details are hard for me.

They don’t stick very well in my mind. I made a special place in my notes to store any key sensory details and NPC names and traits. What I do, is I look at my mind map, then start harvesting the important details, characters, and sensory information from the scenarios. Then I collect them and put them in their special place at the top of the page. I also leave a few details in the scenario itself and just leave a note to check the details.

This way, the details are there for me when I need them most.

You need to keep a good balance between structure and freedom in your DND Prep. On one side, there’s a need for freedom. You need to create your prep in a way to foster the creative storytelling at the table. On the other side though, a strong structure can hold onto important factors that allow for a more complex story.

By remembering the names of the enemy you spared in the beginning creates opportunities for more complex stories when the character returns 12 sessions later.

You need both. The better you get at combining the scaffolding power of a good structure, with the liberating freedom will best prepare you for deep, engaging, and meaningful storytelling at the table.

My prep works so much better now. Things are smooth and engaging. You can try out my DND Prep sheet too. Just fill out the form below and I’ll send you that directly to your email.

Let me know how it goes.

I want your prep to be efficient and exciting. I want it to lead to amazing games.

Get my Session Prep Sheet