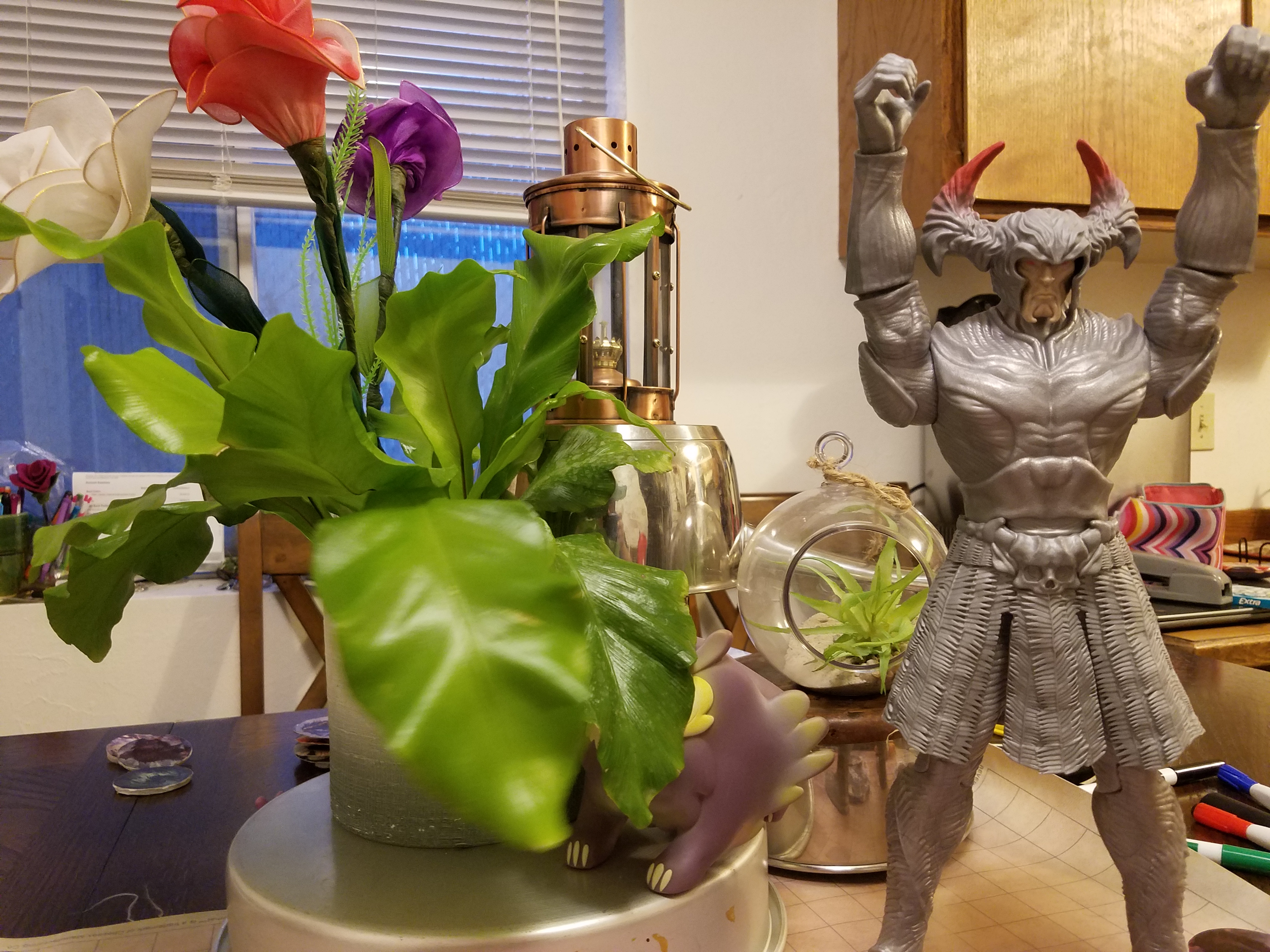 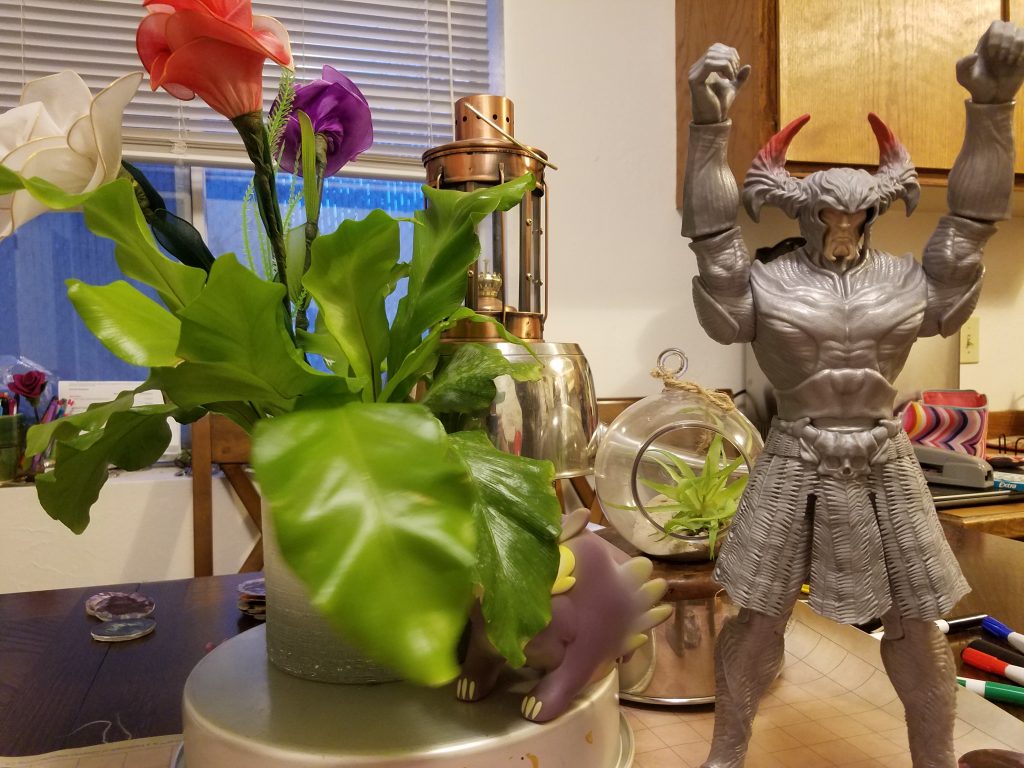 It’s hard to run a game.

You have to do so much to run a game. You’re a public speaker, an event manager, and a negotiator. You’re a story teller, a director, and a multi-role actor. You’re a visionary, prop builder, and creator. You’re a screenwriter, rules lawyer, and an engaging face of your product.

The opportunity cost of sitting down for a full session is huge. With so much quality stuff people can do with their time, there’s a lot of pressure to make your games fun and engaging. Wherever you turn, you can find podcasts, streams, and videos of groups having epic adventures with high levels of professionalism. RPG subreddits and forums are also filled with pages of posts describing the triumphs and failures of their own sessions.

There’s a lot to take in.

Well, you agreed to run a game.

There’s so much to read. You have the core handbooks, the guide for GMs, the tomes of foes, the setting books, and the modules themselves. If you don’t run a premade adventure then you’ve got the task of building your own immersive world too.

Once you do all that reading you can start to get into the actual preparation for your game. You have maps to build, NPCs to remember, plots to figure out. When that’s done, you’ve got to figure out a time a group of busy people can all get together to play a 3 to 5-hour adventure.

If you made it this far, congratulations. You made it to the point where you can finally use your notes and preparation to make a game that’s fun and exciting. Then a player makes a choice that shoots the game in a crazy direction and you’ll have to scrap your notes and improv the rest of the session.

That’s really the point, though.

Your players will make choices in your game, and they won’t make the choices you expect. With everything else going on, focus your prep on providing high quality choices for your players to make.

The core of TTRPGs

The functional unit of the TTRPG is the choice.

They are the fundamental building block of the RPG. The better your choices, the better your game. When you focus on this one truth, your prep becomes clearer and more focused. Make your choices the center of your games, and let everything else support them.

The way you package the choices in your session creates the artistry, beauty, and energy in your campaign. The RPG medium rewards well developed and effective choices, giving players the freedom to create an experience that is uniquely theirs.

Choices can be as simple as selecting an inn to rest at for the night, to determining the fate of a tragically misunderstood villain. If the quality of the choices so directly affects the quality of your games, what goes into a high-quality choice?

An excellent choice has 3 core components: conflict, context, and consequence. By understanding and optimizing each section we can improve the quality and functionality of the choices in our game.

A compelling choice needs conflicting paths. By choosing one option you go against another.

As an example, an old man asks you to deliver a ring. You can stay in the comfort of your home, or you can go on an adventure; you can’t do both. By offering conflicting options, you give players the chance to weigh out their options. As they wrestle with their choices, they get the chance to explore their characters and role play their decisions. It is through the decision-making process that the player assumes the role of their character and explores who they are as a person.

Provide compelling conflict for your players to explore and your players will engage with your story in meaningful ways.

Context gives nuance and purpose to a choice. It gives information surrounding options, enhancing conflicts while giving insights into the potential consequences of each choice.

If you give players the option between Door 1 and Door 2, with no chance to return, you offer a choice with conflict, but without much else. There are no other details to help guide them on what to do. By describing something, the doors, ancient inscriptions, or sounds and smells coming from the other side, you provide vital clues, or context, to inform their decision.

Context provides the details and information that makes the choice significant; without the supporting information the choice is shallow. Using the example from before, delivering jewelry seems a fairly simple choice. What if you had to take the jewelry to an active volcano in enemy territory? What if the ring was magical and bad people want the ring to do bad things? What if the old man wants to help? The context provides depth.

Context surrounding a choice changes the meaning, intent, and potential outcome of each choice. It provides nuance and depth. Each character is given the opportunity to explore their beliefs and morals by wresting with layers of conflict. The more sophisticated the context, the better each character can make informed decisions, letting them more fully develop their beliefs, morals, and actions.

When the characters act on their choice and make a decision, they trigger an outcome. This outcome is the consequence of the choice they made. An effective consequence is predicated on the intent, the approach, and, often, the die roll made in resolving the action.

To make a consequence effective, it must be intrinsically tied to both the decision made and the approach used. Furthermore, players—and characters—must have a clear understanding of how their actions affect the outcome. This is what people mean when they talk about realism in a fantasy driven RPG. Cause and effect in your world must be consistent to allow for meaningful choice. This is why rule consistency is so important in running these games.

If one smashes a door, people will come to investigate the noise. If one attempts to use magic to charm a duke, one risks the threat of jail time. If one decides to jump off a cliff, the chance of dying on impact is to be expected.

Consistency in causality gives knowledge to your player. That knowledge empowers them to make meaningful decisions in your game. They select their course of action, determine their approach, and state an intent to accomplish what they set out to do. To make their choices matter, the action must have a direct effect on the outcome.

The players need to see that their choices make an impact on the world, and that the choices they make changes their reality. If they don’t see it, they might as well be watching a movie, unable to change what is going on around them.

Ensuring actions have specific outcomes to give weight to your players choices. As they make choices, show them their decisions directly affect the world.

When preparing your next game, do it through the lens of choice. Identify the choices you want your players to make, then flesh them out by developing their conflict, context, and consequence.

To be clear, you do not have to clearly define every possible decision the players could make. Part of the joy of this genre is the ability to break conventional norms and choose your own path. Instead, ask, “What would the players do?”. List the three most likely options they could and flesh them out. This won’t cover everything, but it fleshes your world, so when at the table you can ask, “How would the world respond?”. Then, take a moment to see through the eyes of the characters in your world and make an informed choice from there.

Now, pull out your pen and paper. Let’s practice prepping through choice.

If you’re using an adventure module, open it up and start reading. Look for moments where the characters are given a choice. Write and underline that choice as a single phrase. Underneath, write “conflict”, “context”, and “consequence”. As you continue reading, jot down details in the adventure that support the conflict, context, and consequence of that choice. If you’re developing your own homebrew, instead pick your own choices and flesh them out the same way.

Continue this process until you have at least 3-4 choices. Circle each choice and their associated notes. Now, draw lines to connect each circled choice with the others. Along those lines, write down how these choices are connected in the story.

This is your map for your next session. Each choice can be used as scenario or encounter for your players to explore. Each encounter is connected by the lines and descriptions you drew before.

You now have 3-4 fleshed out and developed scenarios that are built to provide meaningful choice for players. As they play through your adventure, you’ll notice patterns in how they engage with your work. These patterns form the beginnings of templates that will help you generate better scenarios with more sophisticated choices.

The Choice is Yours

This game is about choice. Focus your preparation on meaningful choice by optimizing their conflict, context, and consequence. As you come prepared with the fundamental building blocks of RPGs, you provide your players the chance to experience fantastic adventures and meaningfully role play with the game.