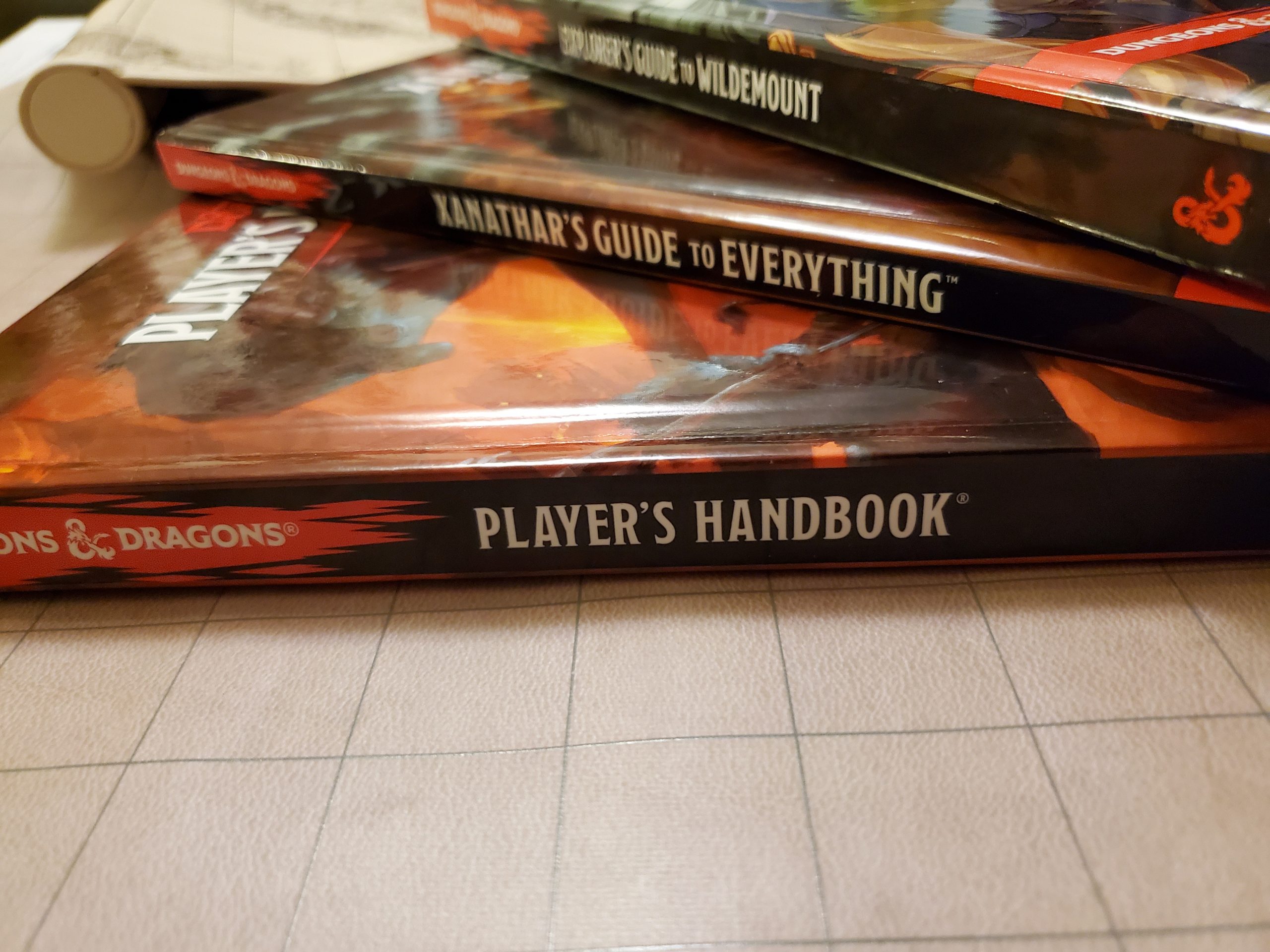 How to Play D&D

You’ve heard about Dungeons & Dragons (D&D), and you want to know more. You might have seen the game on popular shows like NBC’s Community, or Netflix’s Stranger Things. Maybe you hear people play on Critical Role or The Adventure Zone. People you know may even be playing right now. Whatever brings you here, Welcome!

D&D is a great game, you should be playing. You’ll enjoy it. Learning a new game can be tough. Where do you start? You may have questions like, “How do I play? What if I’m bad at it? What if I lose? How do I win? Can I even win? How do I roleplay? Are people judgmental? What even is role play?”

I came into the game stressed, overwhelmed, and nervous. I was afraid to role play, even in front of my family and friends.

You know what? It all worked out.

They were patient, and kind, and taught me everything I needed to know to play. And I had a blast.

I know you’re going to love it too.

I’m here to help provide the tools and confidence you need to have an amazing time playing your first game of D&D.

What is Dungeons and Dragons?

Dungeons and Dragons is a table top role playing game from Wizards of the Coast. They produce the rulebooks, figurines, dice, and adventures necessary to play. The game is played with groups of 3-8 players who come together to explore a vibrant fantasy world. Under the direction of a player known as the Dungeon Master (DM), players take turns exploring the world, battling foes, and saving the day as characters in the story. The DM populates, narrates, and arbitrates the world, inviting the Player Characters (PCs) to explore. Through this back and forth narrative, players weave a story uniquely their own.

A full D&D adventure is often called a campaign. You can purchase pre-made campaigns from Wizards of the Coast, or from 3rd party publishers. DMs can also make their own “homebrew” campaigns. Each campaign comes prepackaged in an iconic fantasy setting, stocked full with characters, locations and adventures. An overarching goal often ties all the pieces together to create a strong motivation for the players to accomplish. Killing an evil vampire lord, stopping a dragon cult from summoning their dread master, or saving the town from an upcoming disaster are examples of some overarching goals.

Games are usually played around a table, virtual or real, in sessions lasting about 3-4 hours (some have been known to be much longer). Players sit down with their character, a pencil, and a set of polyhedral dice, while the DM brings their books, tools, and supplies. After a brief introduction, the session begins. A single adventure module can last only a single session (this is called a one-shot) or span several years of weekly sessions.

What You Need to Know

As a player, the most important thing you need is your Player Character. As your in-game avatar, they provide a fully fleshed persona for role play, while coming packaged with numerical statistics and abilities to represent what you can do in the game. There are 4 key components to every PC: Ability Scores, Race, Class, and Background. Learning these features will set you up for success.

Just like real people, Player Characters have a broad range of abilities. In D&D there are 6 core abilities: Strength, Dexterity, Constitution, Intelligence, Charisma, and Wisdom. Each ability is assigned a number from 8 to 20, called an ability score. The higher the number, the more developed the ability. A score of 8 or below is poor, 10 is considered average, while a 20 is considered legendary. Each number gives a bonus to actions made in game associated with that ability. A mighty fighter, for instance, would use their high strength to swing their great-axe in battle.

A race is your character’s physical identity. You could be anything from a determined human, a sage elf, or an industrious gnome. Each race comes with cultures, norms, and traditions that shape your character. Mechanically, races endow advantages in specific skills and abilities. A forest dwelling elf, for instance, gains a bonus to Dexterity, their keen senses give them proficiency in observation, and their knowledge of the land lets them easily blend into the trees.

Every class’s abilities are based around one of the 6 key ability scores. A wizard’s spell potency is based on their force of intelligence, while the bard’s ability to beguile and charm requires a well-developed Charisma. Brave knights need great strength to swing their weapons in combat, while druids use their wisdom to channel nature magic. Each class also comes with a number of subclasses that specialize your character as you play through the adventure.

Character backgrounds define the life and context surrounding your character. They provide lists of ideals, bonds, and flaws that help flesh out your character’s story. Additionally, each background gives more proficiencies in skills and tools related to their history. You could be a criminal running from the law, a noble searching for adventure, or a folk hero trying to protect their village.

Each of these features are written down on a “Character Sheet” All of the skills, numbers, and bonuses there for easy reference as you play.

You can find the official blank character, as well as pregenerated character sheets, available for free at the official D&D website here.

How to Play Dungeons & Dragons

With your character sheet in hand, grab a pencil, a set of polyhedral dice (you can get these at any game store), and a group of people to play with. You now have everything you need to play your first game of D&D!

The Dungeon Master begins the game and sets the scene. Their job is to establish the world, provide encounters with meaningful choices, and decide the outcomes and consequences to the choices you make. As a player, your job is to see the world through your character’s eyes and make meaningful decisions with the other players.

Perspective is at the heart of roleplay. As you explore the world, see it through their point of view. What do they see? What is important to them? How do their flaws, ideals, and bonds shape their decisions? What would they do? When you act, interact, and react in the way your character would, you are roleplaying.

Each time you make a choice, describe what your character is doing and how they are trying to do it.  The DM weighs out the options, and determines the consequences based on your actions. Sometimes you succeed, other times you fail, and other times the choice is uncertain. When that happens, it’s time to roll some dice.

The Rhythm of the Game

The DM will ask you to make some sort of roll, usually an attack roll, a saving throw or an ability check. (I’ve got a handy cheat sheet that lists some of the most common rolls below). They are trying to arbitrate the uncertainty of life by comparing a dice roll to a specific number called a Difficulty Class (DC). When that happens, roll the 20-sided die (d20), then add any relevant bonuses to the roll (proficiency, ability modifiers, etc.). If the roll is greater than or equal to the DC, you succeed. Whatever the outcome, the DM will describe the resulting consequences.

At its essence, this is Dungeons and Dragons. The session moves back and forth between your decisions and the DMs outcomes. Through this cadence, epic stories of adventure, wonder, and victory are told. Enemies, townsfolk, and monsters respond to your actions, as your group of heroes shape their personal stories.

You now have everything you need to start your very first game of Dungeons & Dragons. Of course, there are other rules to the game, but this is enough to get you started. The best way to really understand is to jump right in, plus it’s a lot more fun!